What is a Fire Batt? Penetration sealing

Fire Batt is an ablative coated board used as a firestop material to reinstate the fire rating of wall and floor constructions where they have been penetrated by services. The board is made from mineral wool, also known as rock wool or stone wool, which is coated on both sides with ablative coating, creating the firestopping product: Fire Batt.

What is mineral wool?

Mineral wool is created from volcanic rock, such as basalt, and slag, which is recycled from the steel industry. Rock, briquettes, and steel slag are melted in a furnace at high temperatures of around 1,300°C to 1,500°C, similar to that of a volcano, and spun to form fibres.

These fibres create tufts, which are comparable to wool or cotton candy, and a binding solution is used to hold them together. Once layered and compressed to add density, the mineral wool takes its final shape in a curing oven. It is then cut into its required shape and size and packaged into slabs, batts, or rolls.

As a completely natural resource, there are several strengths that make mineral wool into one of the most versatile products of insulation for the construction industry. Mineral wool is widely used for thermal insulation and works by trapping and holding air still. Because the material of the wool provides little pathways, the static air has a low thermal conductivity and therefore, heat transfer is reduced as the material acts as a barrier.

It also has acoustic insulation properties which essentially allows the material to enhance, absorb or block sounds. It is a porous material – a material that contains pores or voids – which reduces noise by allowing air into the fabric of the material, effectively trapping it. The ebb and flow of air molecules create sound waves and when they move into the body of the material; this allows sound energy to be dispersed as heat.

In addition, mineral wool is a type of insulation that is well known for its fire resilience, therefore making it an ideal material to use in the passive fire protection industry. It is non-combustible which means that it will not ignite or burn when subjected to fire or excessive heat and depending on the exact properties, it can endure temperatures of up to 1,200°C due to its natural properties.

As mentioned previously, mineral wool is versatile and so it can be manufactured to many different densities to give differing properties. However, the typical density can be anywhere from 25 to 200 kg/m³.

What is ablative coating?

Ablative coating is a water based acrylic coating which can be either applied with a brush or through a spray application.

It has elastomeric and, similar to mineral wool, exceptional fire-resistant properties. At regular temperatures, it continues to remain flexible in order to enable thermal and mechanical movement of the services. And in the event of a fire, helps to resist the spread of flames as well as forming a char. This contributes to providing a smoke seal and serves as an insulated barrier ultimately, to protect adjacent components.

Ablative coating is applied to both sides of the mineral wool to further enhance its fire-resistant properties. However, it can be required in some other firestopping applications to coat back individual services, as part of a tested system, where they have been seen to penetrate the compartment line.

How does Fire Batt work?

A Fire Batt is an important part of fire safety and structural fire protection. The properties from both the mineral wool board and the ablative coating stop the fire from further spreading throughout a building, ensuring the compartmentation is never broken.

As a product of passive fire protection, Fire Batt is essentially a fire-resistant board that is used to seal the space around services. Services such as plastic pipes and insulated non-combustible pipes are further sealed with the addition of other firestopping products within the system. A single or double batt may be required depending on several factors and it can also be installed as a pattress fit (or face fit) too.

QuelStop Fire Batt has many features and benefits, be sure to learn more. 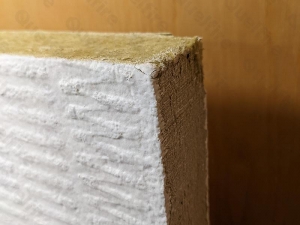 This question was answered by Darryl Wells

Learn More About Darryl Wells
Still Got a Question?

What is a Fire Batt?

What is a ‘tested solution’ for service penetrations?

The simple answer is something that has been tested in accordance with, and proven to meet the requi

What is mineral wool and how is it made?

Mineral wool, otherwise known as rock wool or stone wool, has been widely used for more than 60 year